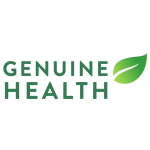 Brain Development
Brain growth occurs primarily during the early years of life. According to the Merck Manual, a newborn’s brain is 25% the size of an adult brain. By the age of one, the brain is halfway through its postnatal growth and its size has reached 75% that of an adult brain.
By the age of three, 80% of the brain’s growth cycle is complete and by the age of seven, this increases to 90%.
DHA offers the primary building blocks for developing a healthy brain, central nervous system and vision.

Eye Development
We used to think of lutein for vision as we got older, but kids can benefit from this powerful antioxidant too. Although lutein is found in dark green leafy and yellow vegetables, many kids don’t eat enough in their diet. Lutein helps protect the eyes from UVA/UVB and blue-ray light from computers, television and other devices. Lutein is also a fat-soluble nutrient, which means that it needs oil to be properly absorbed. By suspending it in oil your kids can soak up all the goodness that lutein has to offer.
Platinum Naturals developed Kids Brain & Eyes to help improve focus and concentration, while providing your child with 400 IU of vitamin D. Best of all, your kids will love the great tasting, natural cherry flavour.

Good Source of DHA
DHA or docosahexaenoic acid, is a long-chain essential fatty acid that serves as a major building block of the brain and the retina.
In fact, two thirds of the brain is made up of fat, of which DHA is the major component. In a study conducted on four-year-old children, mothers who had been given DHA and EPA supplements during pregnancy had children whose I.Q. test scores were higher than children whose mothers were given a placebo.

Clean and Pure
The fish oils used in Kids Brain & Eyes adheres to the Platinum Pure Check Standards of Quality and Purity. The fish oils are molecularly distilled to remove any heavy metals and contaminants, including mercury, pesticides and lead and are guaranteed to meet or exceed all government standards for purity and potency. It’s also certified by IFOS (5/5 Stars) to have passed standards for purity, potency, stability and heavy metals. It does not contain binders, fillers, artificial sweeteners, colours or preservatives.

At Genuine Health, we are so fortunate that we have the opportunity to change people’s lives every day, and we take that responsibility very seriously. What we do matters, what we put in the bottle matters, how we treat the planet matters, and providing you with the latest credible information matters, so that you can make the best choices for your health. We’re passionate about looking at the latest research in nutritional science to drive innovation in our products. The most important thing to me is that the products that we create make a difference in your life, by giving your body the nourishment it needs to bring you more energy, vitality and overall health and wellbeing. When you have all these things, you can live your life to its fullest expression.

There are no reviews yet.

Only logged in customers who have purchased this product may leave a review.